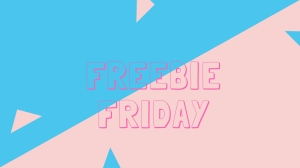 Happy Friday Readers! I hope you enjoy another edition of Chapters!

Title: When Light Left Us

Goodreads Summary: “When the Vasquez siblings’ father left, it seemed nothing could remedy the absence in their lives . . . until a shimmering figure named Luz appeared in the canyon behind their house.

Luz filled the void. He shot hoops with seventeen-year-old Hank’s hands. He showed fourteen-year-old Ana cinematic beauty behind her eyelids. He spoke kindly to eight-year-old Milo. But then Luz left, too, and he took something from each of them. As a new school year begins, Ana, Hank, and Milo must carry on as if an alien presence never altered them. But how can they ever feel close to other people again when Luz changed everything about how they see the world and themselves?

In an imaginative and heartfelt exploration of human—and non-human—nature, Leah Thomas champions the unyielding bonds between family and true friends.”

What Attracted Me to This Book: This was a completely random choice. I picked it up mainly because it came out within the last few months and I sometimes feel like I don’t pick up enough recently release books and because of that I miss my chance to get in on the hype.

Thoughts Based on Cover: This cover makes me think of something other worldly. Because of that my initial thoughts are this book is either going to be a sci-fi or fantasy.

Thoughts Based on First Chapter: There’s a definite sense of sorrow – the youngest brother has stopped talking and the father has left the family. But even though I get a feeling that there will be sad moments, I feel that this book will not be focused on that sorrow.  This first chapter didn’t say much in all honesty. Because of that I still feel as if this book, which seems like a contemporary/realistic book will end up being a sci-fi or fantasy.

Is This A Book I’d Add To My TBR List: While I’m now curious as to some of the why’s the first chapter offered, I’m not curious enough to keep reading. In a few short pages (nine in total) I found my mind kept wondering. Sadly I don’t think I’ll be adding this to my list. 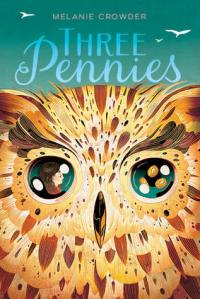 Goodreads Summary: “For a kid bouncing from foster home to foster home, The Book of Changes is the perfect companion. That’s why Marin carries three pennies and a pocket-sized I Ching with her everywhere she goes. Yet when everything in her life suddenly starts changing—when Marin lands in a foster home that feels like somewhere she could stay, maybe forever—the pennies don’t have any answers for her.

Marin is positive that all the wrongs in her life will be made right if only she can find her birth mother and convince her that they belong together. Marin is close, oh so close—until she gets some unwelcome news and her resolve, like the uneasy Earth far beneath the city of San Francisco, is shaken.”

Thoughts Based On The Cover: Admittedly I saw this book when it first hit shelves, and at a first, quick glance I didn’t realize that it was an owl. It took me a moment, but once I realized what it was, I was immediately attracted to the cover. Because of the owl’s presence I immediately thought two things about this book: there will be magic and the main character will be wise beyond his/her years.

Thoughts Based On The First Chapter: Wow! This first chapter was super short – only a page and half.  But in that page and a half I get a good sense of the books setting – foggy San Francisco. I get a good sense of the mood from that setting – there’s something mysterious. I like that the main character believes in luck and wishing, or at least I like to think she believes in those things since she’s flipping three pennies.

Is This A Book I’d Add To My TBR List: Simply put: I’m not sure.