You may not know this, but I am a HUGE Gilmore Girls fan, and have been since the show first aired way back when in the year of 2000. I mean, how could I not be a fan. It was filled with witty banter, small town charm, pop culture references coming out the wazoo, and of course a mother/daughter duo that oozed independence. Seriously, this show had NICOLE written all over it.

I am (very obviously) excited for the Netflix revival of the show. And even though I know four episodes will NOT be enough, I’m sure they will, not only fill my curiosity about what the girls have been up to, but live up to all my expectations.

We all know that Rory Gilmore is like the world’s biggest book worm. Over the course of the entire series Rory read over three hundred (300) books. Want to know what books were read/referenced? Well, Buzzfeed’s got you covered! Check out All 339 Books Referenced in “Gilmore Girls”

There were many moments that defined both Lorelai and Rory during the course of the series. But according to Bustle, there is one specific episode which defines Lorelai and Rory. Check out The One “Gilmore Girls” Episode That Totally Defined Lorelai Gilmore.

On the flipside, check out Bustle’s article The One “Gilmore Girls” Episode that Totally Defined Rory Gilmore.

We can’t wait to set our eyes on the Gilmore Girls revival, right? Even though we don’t have a release date (let’s hope and pray that it will be in 2016!!) we can check out some behind the scenes pictures! E Online has a great slideshow!

Want some Gilmore Girl Quizzes? Check these out:

Which Gilmore Girls Character Are You?

Can You Match the Gilmore Girls Character To Their First Line

One of the aspects I personally LOVED about the Gilmore Girls was its setting. Star Hollow, no matter how kooky and crazy it is, is a town I would want to call home. And yes, I would totally want to live in house just like the one that Lorelai and Rory lived in. And if you’re like me, not only did you want to live in a house like it, but you also wanted to know what the house – the WHOLE house – looked like. While this article doesn’t go into specifics it does feature a floor plan!

Ever want to smell like your fave Girlmore Girls character? Now you can!

The mystery of the unaired pilot! (Seriously, is there a full unaired pilot floating around the interwebs?! I can’t find it!)

There are seriously a TON of articles out there. And I can’t possibly have read them all.  But these are the most recent ones that I read and really enjoyed. And the ones that I think you, dear readers and fellow Gilmore Girls fans will enjoy as well. And if you are like me, I’m sure you’ve also read a ton. If so, please share! I can’t seem to get enough of the Gilmore Girls!

The Land of 10,000 Madonnas by Kate Hattemer (Recieved ARC from publishers at ALA Midwinter) 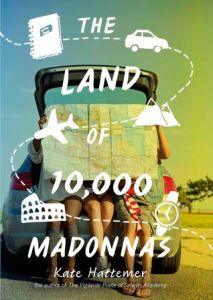 From the outside, Jesse Serrano seems to appear both happy and healthy. He has great friends, and an even greater family. But appearances aren’t what they seem. Jesse is sick. And no kind of treatment can cure him. He was born with a hole in his heart.

So when he dies, as expected as it is, it’s still shockingly untimely. His friends and family friends and family mourn, grieve, and prepare for a life without him. But what they didn’t prepare for was Jesse’s final act: he’s sending Ben, Trevor, Cal, Lillian, and Matt on a wild goose chase across Europe. Why? To find the one thing, rather person, Jesse wasn’t able to find while he was alive: his mother.

Sent off on a trip of a lifetime, the travel companions are as unsure of their mission as they are of themselves.  But as they search for Jesse’s mother Thea, following a crumbless trail, they soon discover the real reason of why they were sent on this journey: to find themselves in a world without Jesse.

Written by author Kate Hatteman, The Land of 10,000 Madonnas is a realistic read about the bonds of family, and how those bonds can never be broken even by death.

While I enjoyed Hatteman’s writing, and that that, overall, The Land of 10,000 Madonnas was well written, I did have some issues with it. For me, the story being told, not only for multiple perspectives, but from third person simply didn’t work. Because of perspective shift each (and every) chapter, it took a few lines to realize which character was telling his or her part of the story. Regardless of this, by the end all of their stories did come together. In regards of the third person I felt like it didn’t give me a chance to get to know any of the characters.

And speaking of those characters, there wasn’t one out of the five main characters that I loved or even liked, with the exception of Matt who throughout the book felt like the voice of reason. Ultimately each character had a part to play, and because of this their relationship with each other, Jesse excluded, was forced and unauthentic. But what really bothered me was the fact that the two female characters – Cal and Lillian – practically despised each other.  It seemed all their moments together were of them arguing and throwing shade on each other. And it bothered me that they tore each other down, instead of helping build themselves up.

It seems like I didn’t enjoy this book at all. But the truth is there were many enjoyable aspects. For example, I truly loved the setting. Set throughout Europe, Hatteman made me feel as if I were traveling alongside her cast of characters. I got to travel the world while siting in my living room.  Beyond that, I also really enjoyed how Jesse was an intricate part of the story. He wasn’t in the background, he was at the forefront. And she did this by mixing in parts of Jesse’s journal into the text.

At this point, even after reading and reviewing this book, I’m not sure how many stars I would rate this book.  While this book had many ups and downs, maybe more downs than ups for me, that doesn’t mean that you won’t love this book! Read it, and let’s discuss! 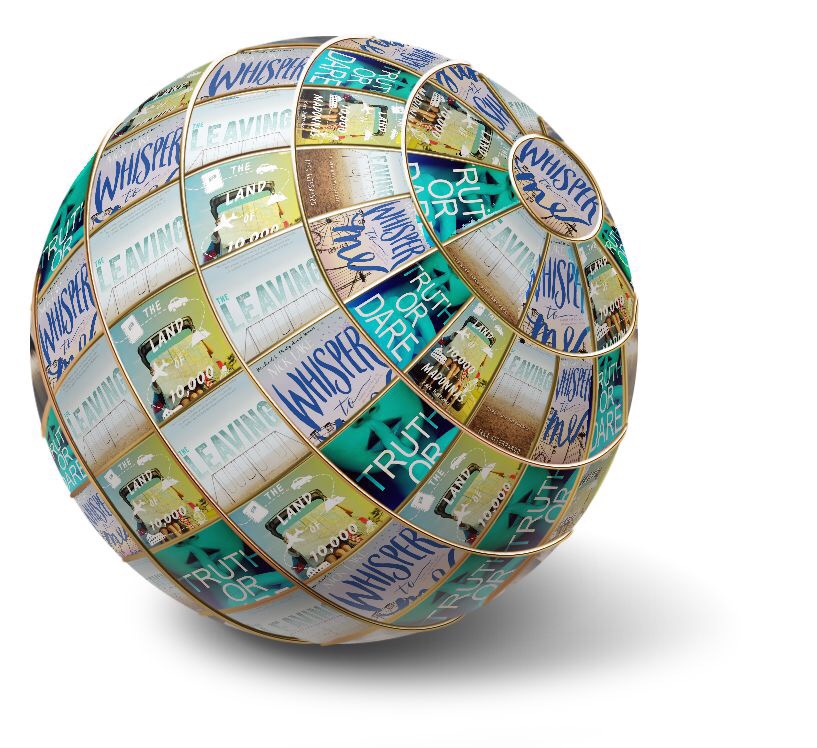 (Above image was created by me with images from Goodreads using the app Multi Photo Frames)
Hello Readers!

Can you believe that it’s actually July already!?! I, for one, cannot! But with a new month comes a new monthly reading tracker.

Last month I wanted to read a total of three books. They were:

The Lovely Reckless by Kami Garcia, which I started on May 30th and finished on June 2nd. I obviously enjoyed this book.

Seriously Wicked by Tina Connelly, which sadly I didn’t finish. I was having a bit of trouble getting into the book –maybe because the pacing wasn’t working, or because I wasn’t connecting with the main character. Whatever it was, I put it down but have intentions of picking it up again in the future.

The Loose Ends List by Carrie Firestone, which I started on June 3rd and finished on June 5th. This was a complicated book for me, mainly because even though I enjoyed a majority of the book, the were many key aspects that truly bothered me, so much so that I couldn’t look beyond.

In my head, about midway through June, I decided to add an adult book, The Vacationers by Emma Straub. I started it, read a few pages, but again put it down because I simply wasn’t in the mood.

Now that it’s July, I’m aiming to read four books. I chose these four randomly, and with the help of fellow blogger and in real life BFF Miss Print (Emma). These are the our books that I will (hopefully) read:

The Land of 10,000 Madonnas by Kate Hattemer

The Leaving by Tara Altebrando

Truth or Dare by Jacqueline Kelly

Whisper to Me by Nick Lake

These are the books I’m hoping to read, and like always I’m certainly going to try my hardest to read all for of them. What books are you reading this month, dear readers? Please share!