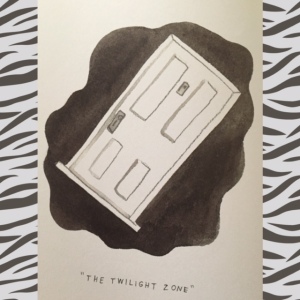 (Image from My Future Listography by Lisa Nola)

Flipping through My Future Listography I’m confronted with a ton of a topics that I can’t wait to share with you! And today’s topic is one of the topics that I’ve been super excited to post about.

(Please note that this list is in no particular order)

I’m not a TV watcher by nature. There really is only one show that I will actively seek out to watch and that’s The Big Bang Theory. But just because I’m not a TV watcher, doesn’t mean that I don’t want to be. In all honesty, I want to watch more TV! Why?I love all things pop culture – but TV kind of alludes me.

I can’t tell you how many times I’ve been out and about with a group of people and they are all passionately talking about their favorite TV shows/series/characters and I’m just sitting there … quiet with no opinion to interject. And when asked, I admit that I don’t watch any of the shows they are talking about. When I make that announcement I get the look — the look that says ‘what rock are you living under?!’

I don’t live under a rock, I just don’t necessarily have the attention span to dedicate so much time to a television show. And let’s be honest: because it’s me we are talking about, I tend to set out to watch a series and then completely forget when the first episode is showing.

Anyway … enough about my TV watching habits (or lack thereof). Onto the list!

American Horror Story: When this series first aired I was stoked! Horror on TV! And not during the Halloween season! This show had me written all over it. But alas I completely missed the first few episodes and before I knew it I completely missed the entire first season. Fast forward to season two – I watched the first two episodes and seriously did not enjoy it. I felt that a lot was done for sheer shock value. And I’ll be honest – that first episode with Adam Levine was just painful to sit and watch, and not because of the gore, it was because of his acting (sorry I’m not sorry for saying that!) I’ve watched a few episodes of Coven already and I have to say the ones I’ve seen I’ve really enjoyed and am looking forward to continue on with it. But I still have to watch Freak Show and the current season. One day I’ll catch up!

Bates Motel: Psycho is one of my favorite horror movies of all times, so why wouldn’t I love this show?  It’s on my to watch list (as are a lot of other shows/series).

Veronica Mars (Third Season): I checked out season one of Veronica Mars from my library and I binge watched it. I was hooked! I soon after binge watched the second season. But I have yet to get around to the third season … I just have no time.

The Man in the High Castle Season 1 (Amazon Series): After all the radio ads I was curious. And like every other show/series I’ve been curious about I forgot all about it.

Sleepy Hollow: Yes! I’ve actually watched a good majority of the first season. While far-fetched and not the cream of the crop, I really enjoyed it. I thought the acting was good, the storyline kept me interested, and the suspense was on point.  But soon I missed one episode than another and yet another. Now I have no clue as to where the series has gone (or even if it’s still airing to be honest).

This part of the list I’m going to simply list the shows that others say that I really need to watch, but not surprisingly haven’t.

So, dear readers what are some TV shows/series that you’ve been looking forward to watching?! Please share in the comments!