(Top Ten Tuesday is a weekly meme hosted by The Broke & The Bookish. The above photo was taken and altered by me for the purpose of these posts.)

Happy Tuesday! I can hardly believe that it’s June. Do you know what that means? It means that we’ve made it through half a year already! Where has the time gone?!

Today I’m going to be talking about the Top Ten Most Anticipated Releases For the Rest of 2015. 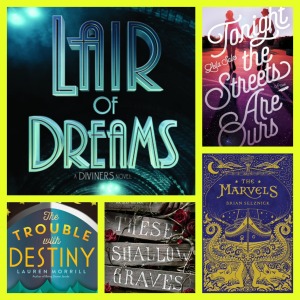 Lair of Dreams by Libba Bray

Tonight The Streets Are Ours by Leila Sales

The Marvels by Brian Selznick

These Shallow Graves by Jenniffer Donnelly

The Trouble with Destiny by Lauren Morrill 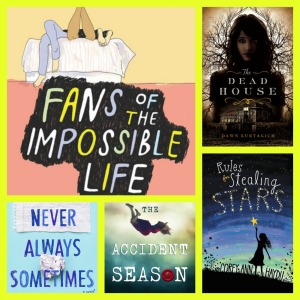 Fans of the Impossible Life by Kate Scelsa

The Dead House by Dawn Kurtagich

The Accident Season by Moira Fowley-Doyle

5 thoughts on “Top Ten Tuesday: Top Ten Most Anticipated Releases For the Rest of 2015”