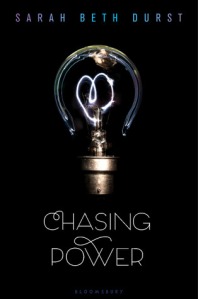 With summer in Santa Barbara fast approaching, sixteen-year-old Kayla dreams of two things: lounging about on the beach soaking in the sun’s rays and stealing the occasional diamond ring. Kayla is a master thief. But she doesn’t use her hands to lift things, she uses her mind.

Kayla, though a thief, isn’t like most thief.  She doesn’t steal because she wants to, she steals because she has to. In order to keep her telekinetic powers strong and sharp she has to practice as much as possible. And if it means a few extra bucks in her pocket it’s a win-win.

But when Daniel – a mysterious stranger who possesses the ability to teleport – catches Kayla red-handed, Kayla knows that she’s at his mercy. And she’ll do just about anything – unwillingly but still anything – for him to keep her secret.

So when he blackmails her into helping him find his kidnapped mother, Kayla begrudgingly accepts. Kayla’s summer went from delightful to something dreadful.

Will Kayla and Daniel be able to find his mother?

Chasing Power, written by author Sarah Beth Durst, is an adventurous read that will take readers on a journey all around the world.

Chasing Power is full of spectacular writing that will captivate.  Durst doesn’t rely on simply telling a story, she relies on vivid descriptions to show us one. Full of both magic and mayhem, Durst’s story, though fantastical, is realistically portrayed.

What makes Chasing Power such a realistic, such an engaging read is the characters that fill it’s pages. Leading lady Kayla is obviously flawed, but she owns her faults and flaws. And that’s refreshing. Beyond that she lives and loves fiercely. Kayla is smart, she honest, and she’s the kind of character that reader can really look up to — even if she’s a masterful thief.

But Kayla isn’t the only character that will strike a chord with readers. Daniel, Kayla’s partner in crime (for lack of a better term) isn’t only tall, dark, and handsome. He’s witty, he’s protective, and he lives and loves just as fiercely as Kayla. It’s why these two are truly stand out characters.